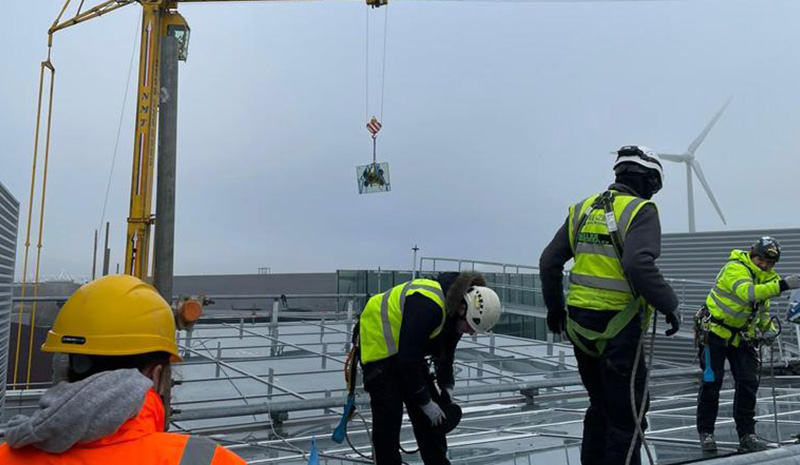 Glazing Refurbishment were called upon by the end Client as a Schuco approved Company to investigate and propose some fixed cost remedial options to rectify the considerable water ingress being experienced to the areas below the double atrium of the PepsiCo UK Head office.

The required remedial works were extensive:  All existing facia capping, tapes and gaskets were removed and disposed of.  Internal drainage and mechanically fixed mullion/transom interfaces were exposed  and repaired as required.

The second atrium had further challenges in that extensive areas of Brise Soliel had to be removed pre works and replaced post works.

The central metal box gutter was also an issue and had to be re-lined and the existing associated mullion drainage shoots were extended to ensure all discharged water cleared the base of the structure.

Multiple overhead and high level glass replacements were then undertaken as a separate operation utilising self-erecting craneage and a contract lift. 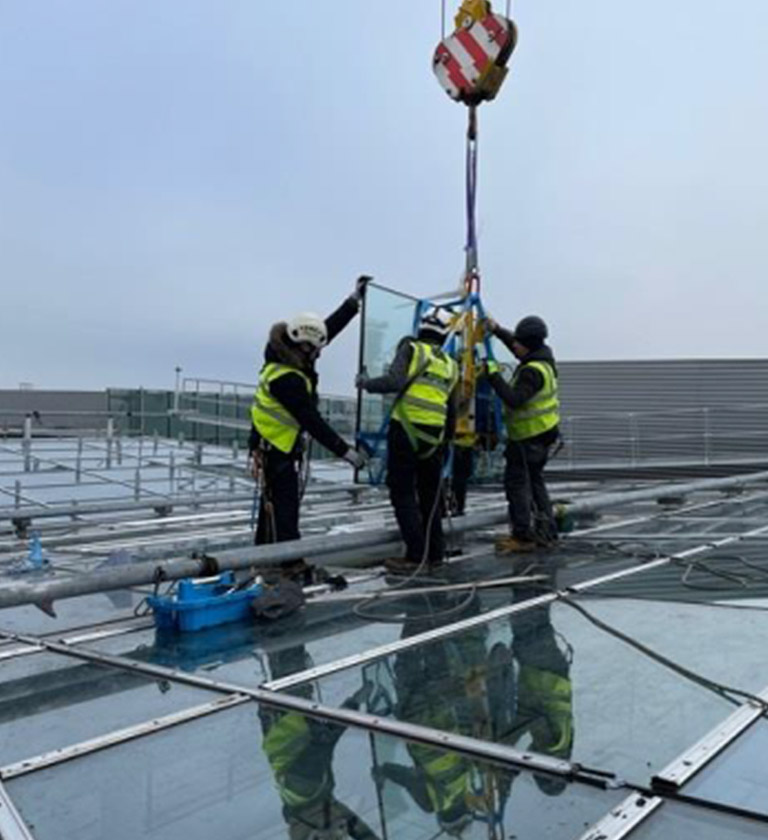 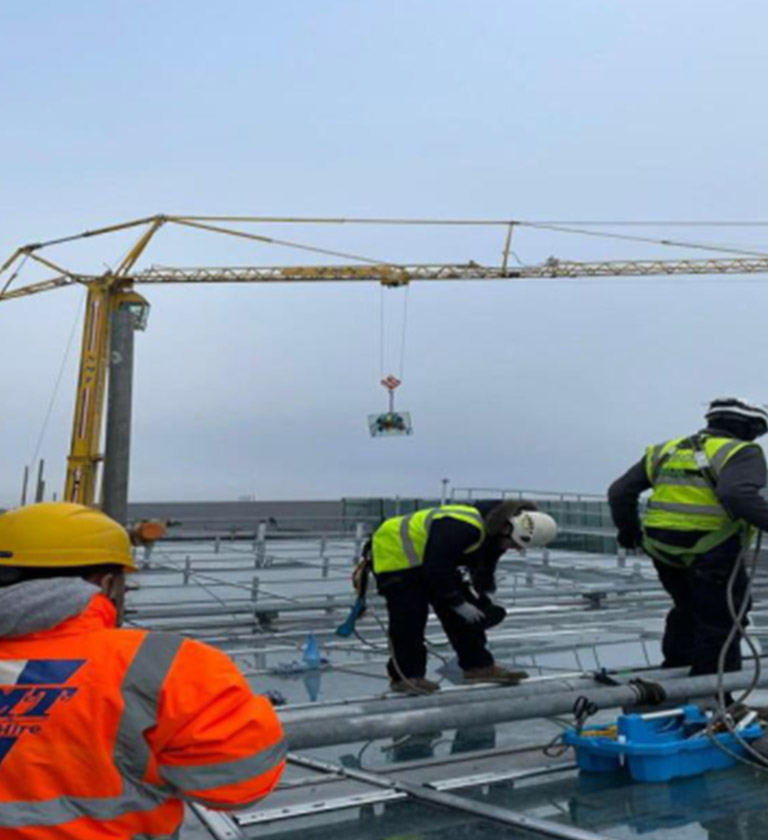 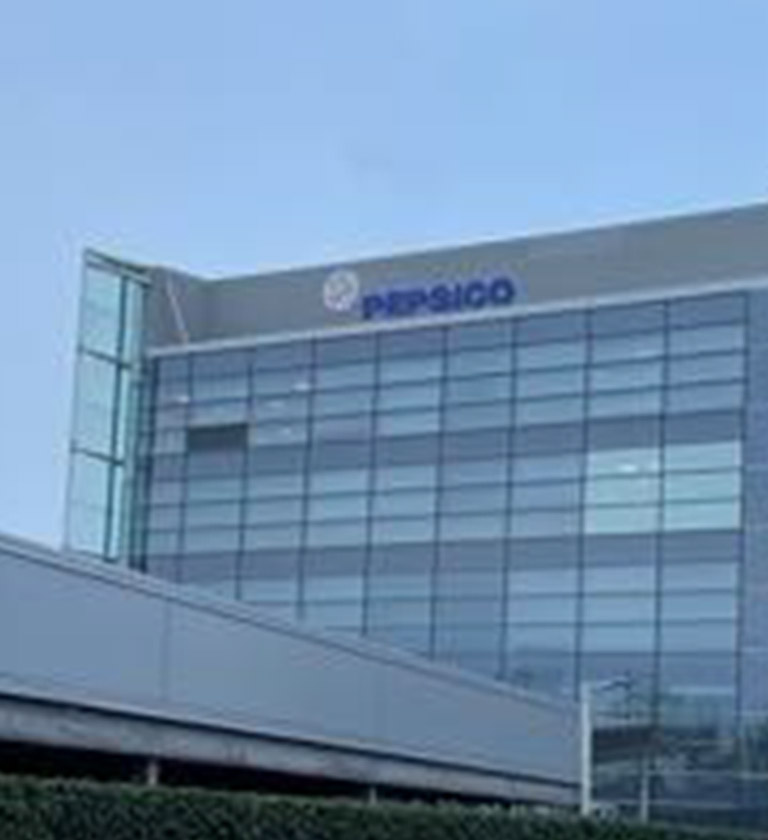 Upon completion of this seven month program of works an industry beating Insurance backed Guarantee was presented to the Client to warranty the performance of the structure over the next ten years.

Need the help of an experienced team on a project similar to this?

Take a look at our full list of services, or learn how we’ve delivered industry leading solutions through our in-depth case studies.
Our ServicesCase Studies

Book an inspection from the UK’s leading Glazing Refurbishment Company.
Contact Us